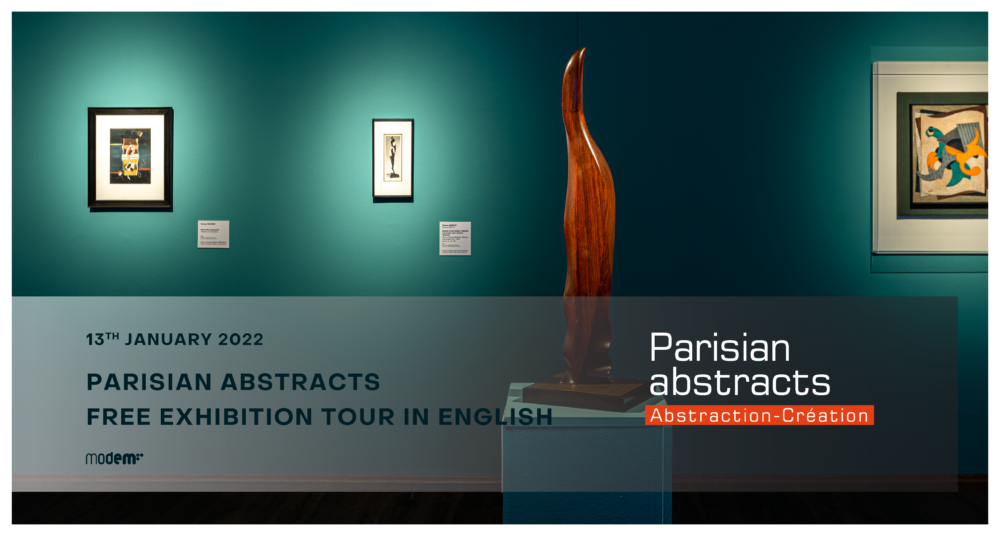 All visitors are cordially welcomed to the free English exhibition guide at the art exhibition titled Parisian Abstracts. Abstraction-Création. Kandinsky, Hélion, Calder, Moholy-Nagy… at 4:30 PM on 13th of January on the second floor of the MODEM.

The immunity certificate and face mask are obligatory.