Olga Tobreluts is one of the prominent figures of the art of Saint Petersburg, whose work has drawn considerable international attention. Her paintings, media arts and electronic graphic works have been regularly shown at exhibitions and media arts festivals.  She has won numerous awards, significant character of numerous art schools, and honorary academician of the Russian Academy of Art. She studied architecture at the State College of Architecture in Leningrad and later had a scholarship at the Institute ART+COM in Berlin. She graduated from ART+COM with a degree in computer graphics and animation. After the socialist era, at the beginning of the 1990s, her career coincided in time with the social reorganisation. She joined the New Academy of Fine Arts founded by Timur Novikov, and there she became the head of the Department of New Technologies.

In her works she mostly deals with the reinterpretation of classicist theory and the search of artistic beauty. She forms her theories about the present-day status of the basic values of aesthetics, and at the same time, she studies questions of art and social theory with the help of the chosen medium, the video and electrographic art.

In the MODEM exhibition, Tobreluts displays several unrelated stories, which compares the visual historicity of realism and abstraction through literary works, historical figures, mythological characters, and examples of visual art. Her series include the story of the Pieta and Resurrection, the reflection on the art theory of Kandinsky about the relationship between point and line, the treatment of the ideological differences arising from Ibsen’s drama, and the adaptations of the mythological actions (heroic deeds of Hercules, Cupid and Psyche) as well.

The exhibition is on view until 4th March 2018. 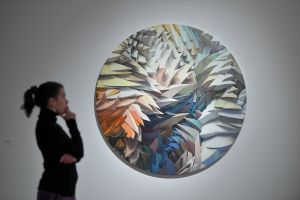 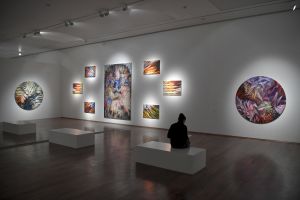 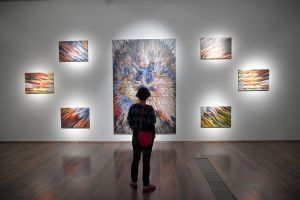 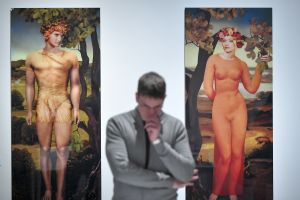 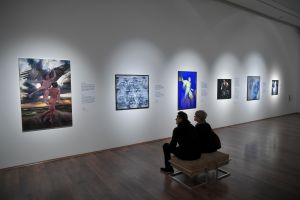 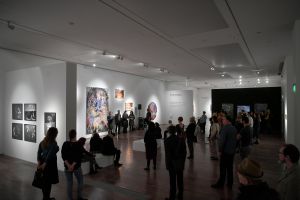 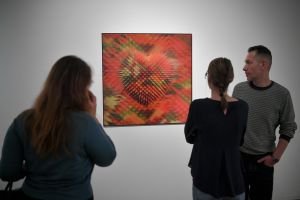 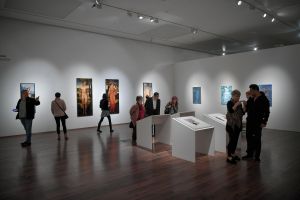 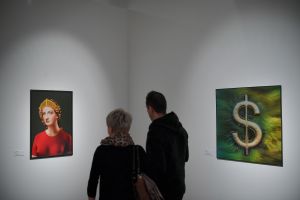 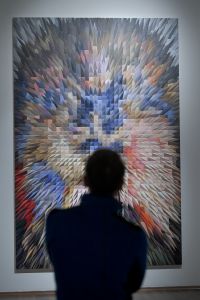 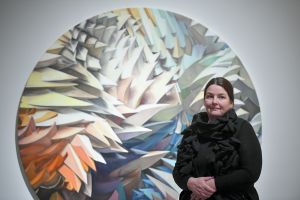 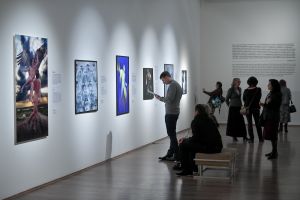