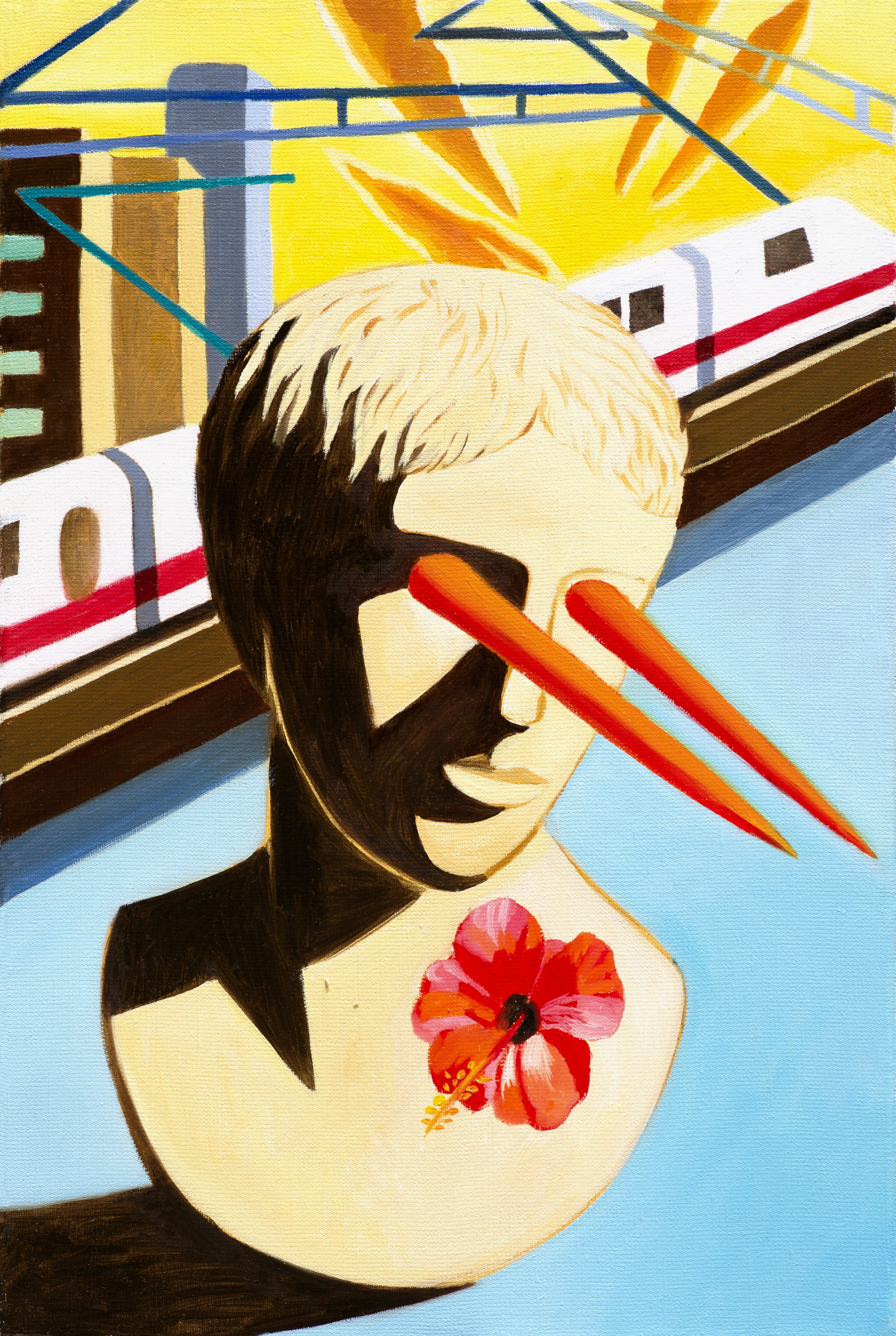 Kinga Nowak is a prominent figure of the Polish middle generation painting. In 2014, she was selected into the representative English publication called 100 Painters of Tomorrow, which presented visual artists expected to become significant during the upcoming decades in the framework of a comprehensive international survey, who, in addition to the book, had an opportunity to exhibit in the Beers London, one of the leading galleries of the city.

The exhibition in Debrecen displays her narrative paintings reflecting on childhood and other crucial memories, creating a kind of surrealist spatial experience, combining exotic forms with constructive elements in a retrospective way, and sometimes scenographic-inspired small-scale models raising questions of colour theory and perception as well as their further elaborating large objects and installation works, which often attempt to transform the spatial experience illusorically by the side of a constructivist analytics that compacts the personal motifs into clarified forms.