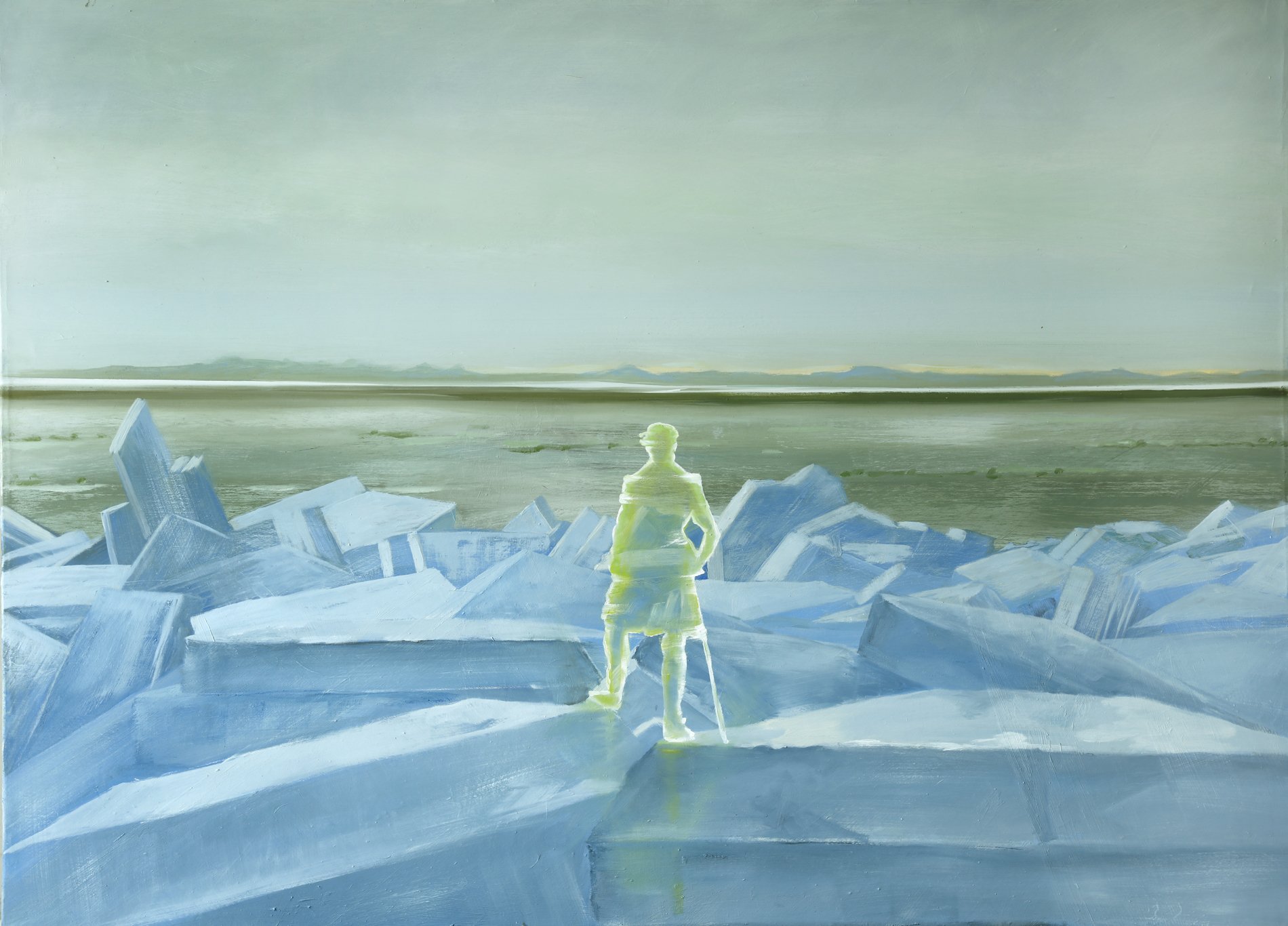 Gabriella Nagy: To Infinity and Beyond

Painter Gabriella Nagy born in Debrecen is interested in the intellectual, mythical, and visual relations hidden in nature and she transforms the internal landscapes that evoke private stories into sensory sights and concentrated imagery. Her childhood experiences that related to her grandparents from the country and her travels as an adult influenced the perspective, which makes her reinterpret the tradition of the landscape painting.

In her early creative period, she painted her pictures that represented particular atmospheric phenomena setting out from her own travel experiences like the romanticists and paying tribute to Caspar David Friedrich, the greatest German romantic painter.

In her new paintings, she illustrates animals in situations, which do not exist in reality. She depicts not only simple animal portraits but creatures set in strange situations, which simultaneously appear in solemn as well as playful roles and behave as humans: they lean on their elbows, vomit, or shed tears. Although, these anthropomorphised animals are fallible and vile due to their acts and gestures, they are spiritual creatures rising highly above their environment as well.

The flying sheep represented with irony, the martens turning around a shotgun, or the hypnotizer bear and the crying deer all search for the limits of the extension of reality in their parallel dimensions. Just as well as the human figures appearing and floating in the scenes, in whom we can ideally recognize ourselves, or at least we can recognize the archetype of the soaring and literally unrealistic artist.

The pathos still does not become dominant in the stories of the paintings, thus, the balance is remained between reality and fantasy, and the recipient becomes involved in the story.