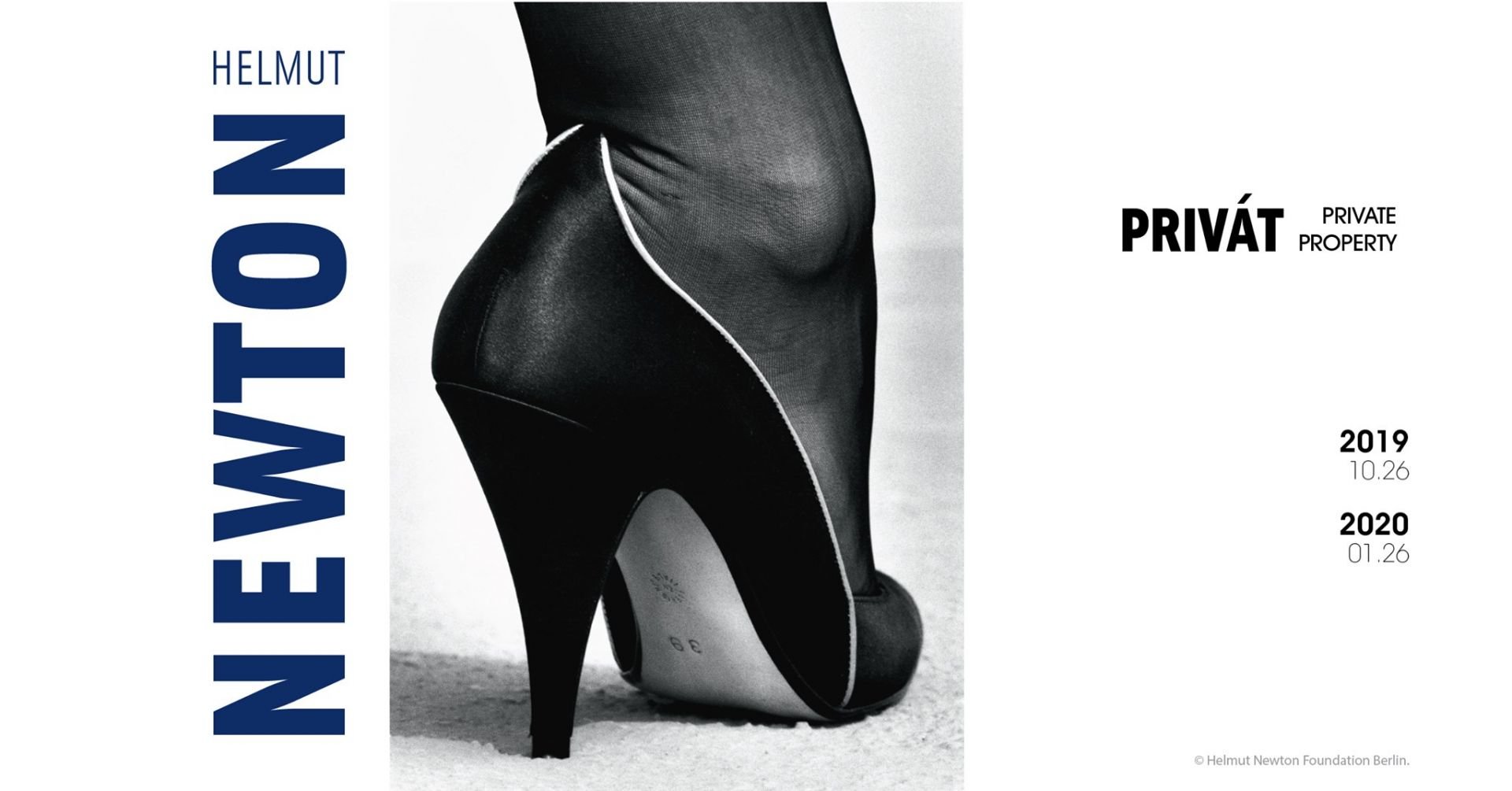 Private Property – 45 b/w silver prints, produced in 1984 and all signed verso by Helmut Newton. The images date from between 1972 and 1983 and present all genres Newton work through this period, fashion photography, portraiture and nudes.

It becomes evident that Newton’s clear aesthetic sense pervades all areas of his work. Women take center stage – with subjects such as Paloma Picasso, Catherine Deneuve, Liz Taylor and Carla Bruni, to name but a few. The interaction between men and women is also a frequent motif we encounter in his work.

Moving beyond traditional narrative approaches, Newton’s fashion photography is imbued not only with luxurious elegance and subtle seduction but also cultural references and a surprising sense of humor. It was while he lived in Paris in the 1970s and 1980s that Newton sharpened his inimitable style, often playfully flouting convention and challenging taboos. Only since that time has fashion photography drawn wider audiences, allowing for the popularity of photo books and exhibitions on the subject.

Newton’s later fashion and product photography often took the form of photographic sequences. During these later years, Newton shot for the German, American, Italian, French, and Russian editions of Vogue, primarily in and around Monte Carlo where he was living from 1981 onwards. One location was the garage of his own apartment building in Monaco, with models and parked cars arranged in visual dialogue. Newton transformed banal locations into starkly contrasting or particularly minimalist theatrical stages for his unconventional scenarios. The exclusive and eccentric lives of the beautiful and rich, full of erotic and culinary debauchery, is a recurring theme in Newton’s work. He made use of and simultaneously questioned visual clichés, at times tinged with self-irony or mockery, but always full of empathy. Pushing, transgressing, and tearing-down boundaries are among the photographer’s trademarks. Newton combined nudity and fashion subtly and with a sense of timeless elegance. In doing so, his work is both a documentation of and commentary on the shifting role of women in Western society.

In 2003, Helmut Newton decided to establish a foundation in his native city of Berlin, Germany, in a public-private partnership with the Prussian Cultural Heritage Foundation. This happened 65 years after Newton boarded a train at Berlin’s Zoo railway station to flee the Nazis. He would later return on occasion, commissioned as a photographer by renowned magazines. Three years following his successful retrospective at the New National Gallery in Berlin in 2000, Newton was offered various buildings to house his foundation; his personal preference lay with the former military casino in Jebensstrasse located just next to the Zoo station. In just a few months, a floor of the building was converted, fashioning a museum-like space with a mixture of Prussian austerity and modern elegance. After completing the plans for the foundation with his wife and the architects, Helmut Newton died unexpectedly on January 23, 2004 in Los Angeles before he could witness its completion.

The Helmut Newton Foundation is dedicated to the preservation, examination, and presentation of the photographic oeuvre of its founder as well as that of his wife June, who has created a significant own body of work since 1970 under the name Alice Springs. From the very beginning, the foundation’s exhibitions have all received great response from the public as well as from the press. Other photographers have a forum here as well, according to the wishes of its benefactor. The first was Vera von Lehndorff, whose “directed self-portraits” were showcased in 2006. Also known as Veruschka, she was one of the most widely published top international fashion models of the 1960s. Other photographers invited to be presented alongside Helmut Newton’s work include David LaChapelle, James Nachtwey, Ralph Gibson, Larry Clark, Frank Horvat, Paolo Roversi, Guy Bourdin, Mario Testino and Saul Leiter.

At the Helmut Newton Foundation, the provocative and iconic images of this great photographer enter into dialogue with the work of other prominent photographers time and again. Helmut Newton’s wish to establish a “lively building, not a dead museum” has indeed been created, keeping with the vision of its founder.