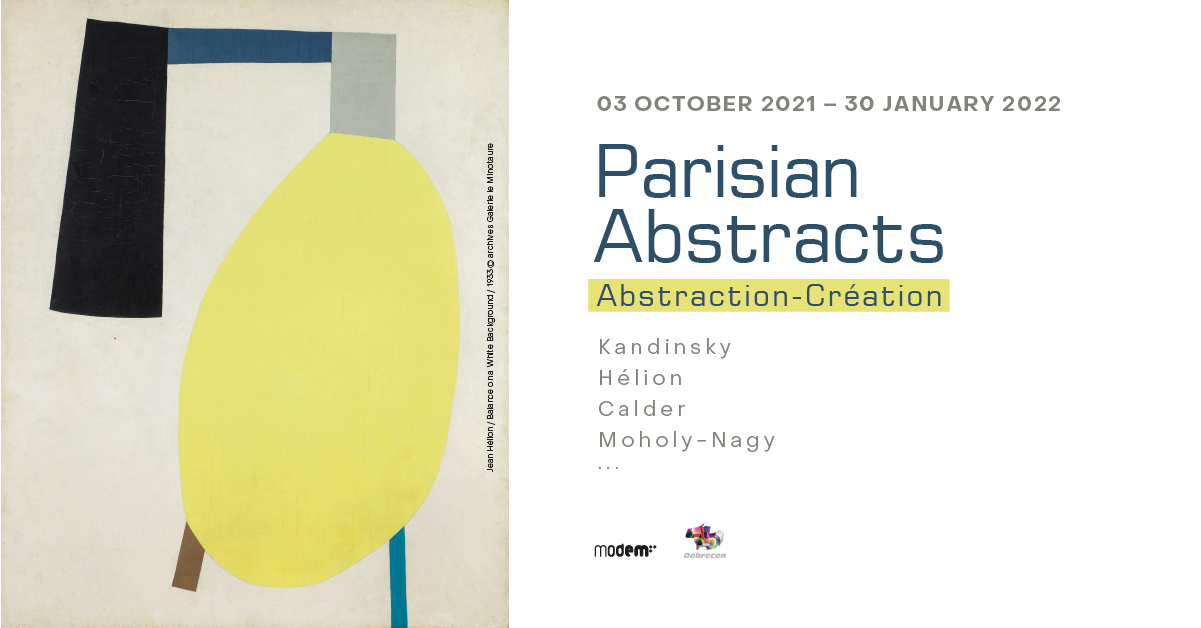 The group was a groundbreaking platform for nonfigurative discourse, as evidenced by their meetings and regular studio visits. According to new research findings published and researched by Flóra Mészáros, the curator of the show, Abstraction-Création underwent significant changes in terms of artistic direction and structure, and its existence can be divided into two distinct periods. Following the two first years, Abstraction-Création turned into a collective platform that welcomed several artists who were at the high point of their careers, but had unsuccessfully tried to break through before. Moreover, by cultivating the divergent lines of abstraction-surrealism and dimensionism, the group grew into a movement that created and shaped important trends. Not only was its operation between 1931 and 1936 a success story in the history of abstract groups, but it was also used as a model later by renowned abstract associations in England, France and the US.

Parisian Abstracts. Abstraction-Création is the show of MODEM, Debrecen which shares these results and highlights the siginificance of this group.