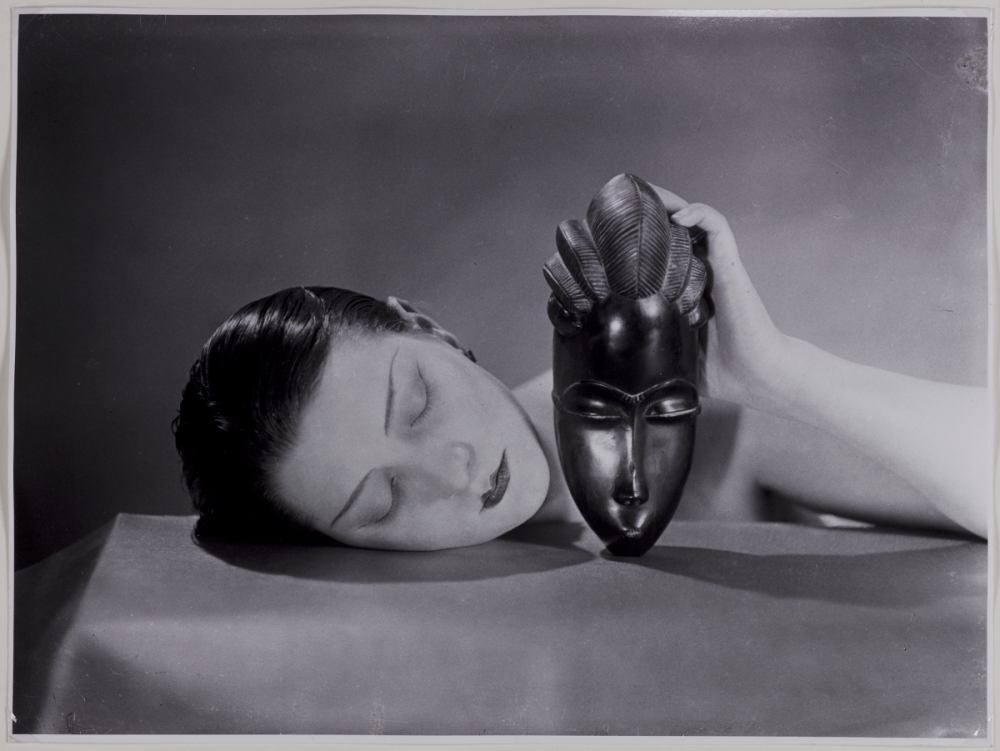 Man Ray, the artist, the activist, and the reformer of photography said he did not photograph nature but his visions.” His oeuvre serves as a good example how to expand the boundaries of a chosen genre with creativity and vocation. He was an experimental artist, who expressed himself in various genres. Beside photography, he painted and made collages throughout his career and simultaneously his photos were published in the Harper’s Bazaar and Vogue.

The oeuvre of Man Ray was shaped by several biographical and artistic influences. His parents ran a tailoring business, thus, sewing and the technique of assembling pieces of cloth made an impression on his collages and photos, moreover, sewing supplies are even recognisable in his works. Among his inspirations, the next dominant influence was the Dadaism, the anti-art, which intended to surpass modern art movements of the beginning of the 20th century with its attitude that resisted the rules during the WWI. Man Ray, Marcel Duchamp and Francis Picabia represented the overseas group of the movement, who had influence on the European artists with their way of thinking that made machines and structures the subjects of art. Man Ray started taking photographs as a visual artist; therefore, his close relationship with arts affected his photographs. He considered the technique of photography as a new device of imagery. In the course of developing, he experimented with the enlarger and the photographic paper, however, his compositions also contributed to the renewal of the language of photography.

In the exhibition of the MODEM presenting the main themes of the photographic oeuvre of Man Ray, we can get acquainted with his openness and innovative energy, as he created outstanding artworks with the greatest ease, when he made his portraits and fashion or experimental photos in the spirit of the “less is more” philosophy.