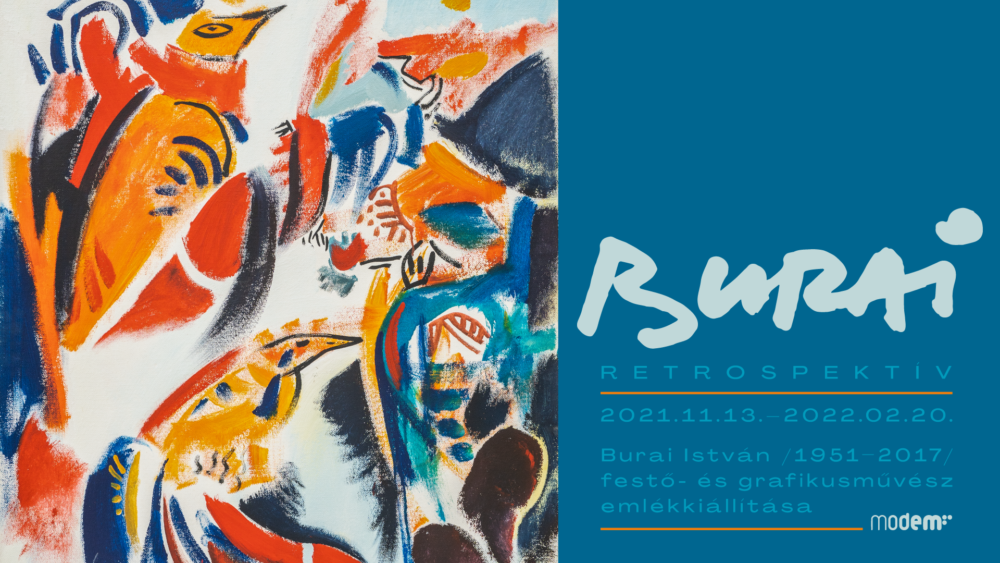 In the early ink drawings of István Burai (1951–2017), the influence of Béla Kondor and Lajos Szalay is perceptible, and his painting was inspired by the works of Marc Chagall, Pablo Picasso and György Kovásznai, while he created a unique means of expression for his visual world, which he built with strict and monotonous consistency. The distinctive Burai characteristics are easily recognisable, but the richness of the technical experiments found in his oeuvre has been less well explored. The exhibition also displays his early paper cuts, his realistic landscape drawings with a plan air effect, his emotional and abstract paintings, and his canvases.

Burai’s active professional career, during which he organised several national and international exhibitions and he also was the head of several artists’ colony and professional organisations, has left a significant legacy in terms of his artistic work. On the occasion of the 70th anniversary of the birth of the painter, graphic artist and sculptor from Debrecen, the MODEM Center for Modern and Contemporary Art will guide the public through the major stages of István Burai’s career with a retrospective exhibition and an accompanying catalogue.