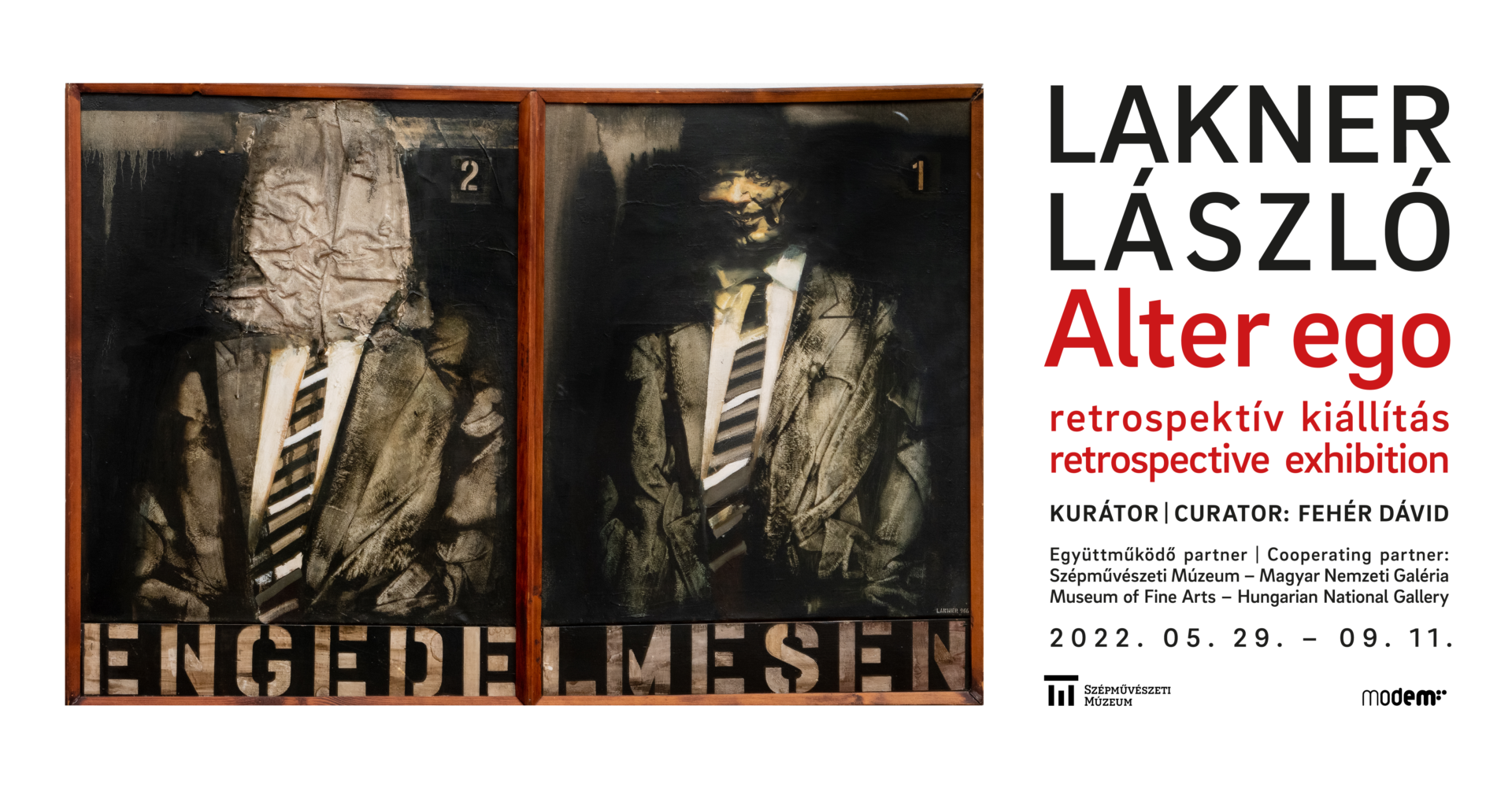 László Lakner is among the most significant artists of the Hungarian Neo-Avant-Garde: his artistic practice is characterised by thematic and stylistic diversity and continuous experimentation. A radically wide array of tendencies can be observed within his œuvre: these are, however, not mutually exclusive but instead complement each other. Certain works by Lakner can be linked to Surnaturalism, Pop art, Photorealism, Conceptualism, scripturally-inclined Informel painting and – in an increasing manner – to a post-conceptual mode of painting. His work evokes various art-historical, literary, and historical documents and themes from the very beginning. This web of quotations creates a system of highly complex internal references. The (art) historical reference structures primarily evoke the traumatic past repressed in the collective unconscious, as well as the traditions of art and cultural history: the great figures of literary history (such as Paul Celan), the great protagonists of the visual arts (such as Leonardo) and the historical avant-garde (such as the œuvre of Marcel Duchamp), whose quotations raise the question of the continuity or discontinuity of tradition.

The retrospective exhibition titled Alter ego offers a broad overview of Lakner’s œuvre: ranging from the early Surnaturalist period of the late 1950s and early 1960s, through new figurative works related to Pop art and then Photorealism, to the conceptual photographic pieces and book objects from the 1970s, to the increasingly expressive paintings from the 1980s, and the post-conceptual and paintings from the 1990s, which he is currently also working on. Lakner often contextualises himself within historical situations, identifying himself with important figures of cultural history (quoting authors and artists such as Rembrandt, György Lukács, Sándor Petőfi, Paul Celan) and thus modelling historical-social constellations. The title Alter ego refers to the multilevel identification games inherent to Lakner’s work and thus to the dynamics of stylistic and motif-related shifts. The exhibition allows the visitor to read the various works as part of one narrative, revealing thus the hidden connections of the polyphonic œuvre within the complex network of motifs and references.

Photos from the opening ceremony by Levente Vigh: 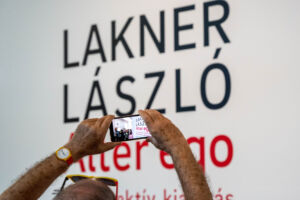 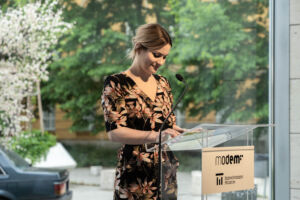 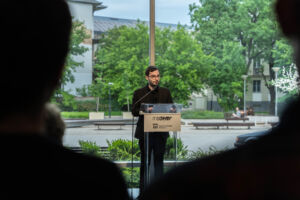 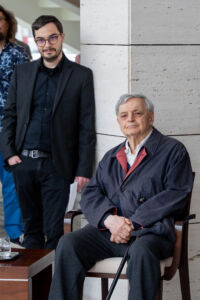 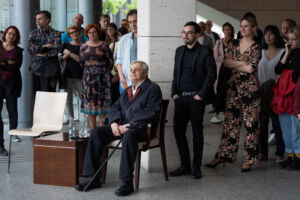 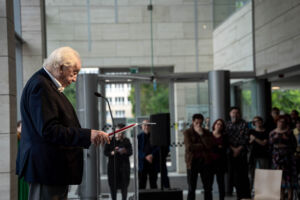 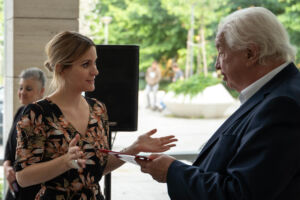 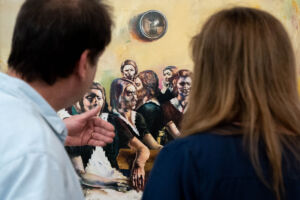 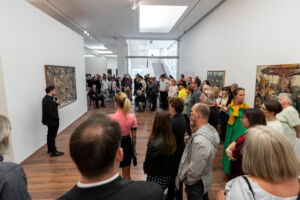 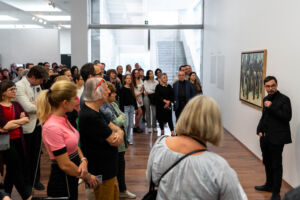 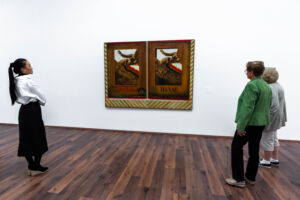 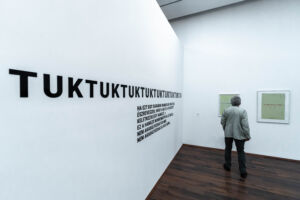 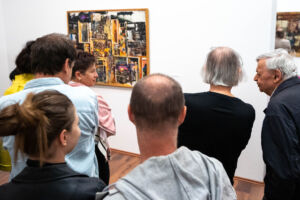 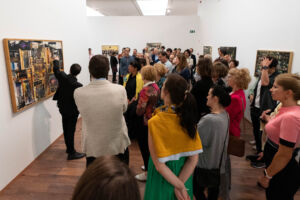 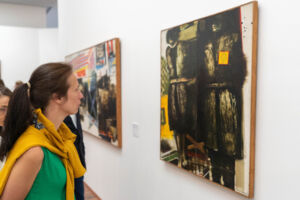 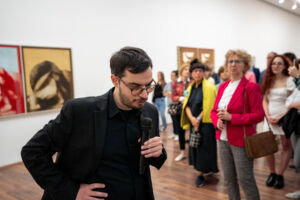 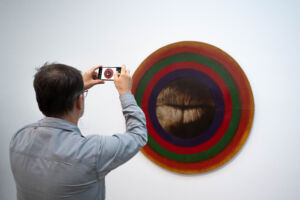 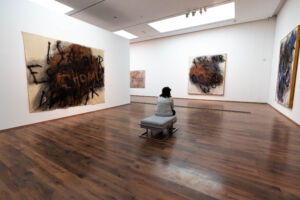 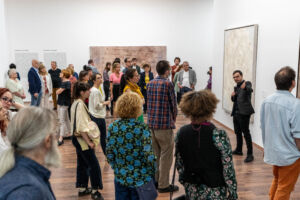 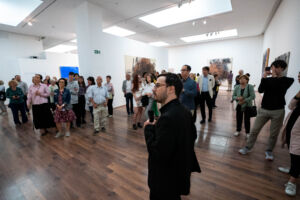 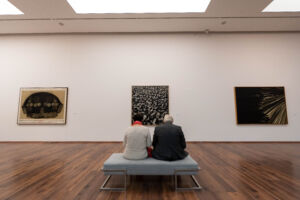