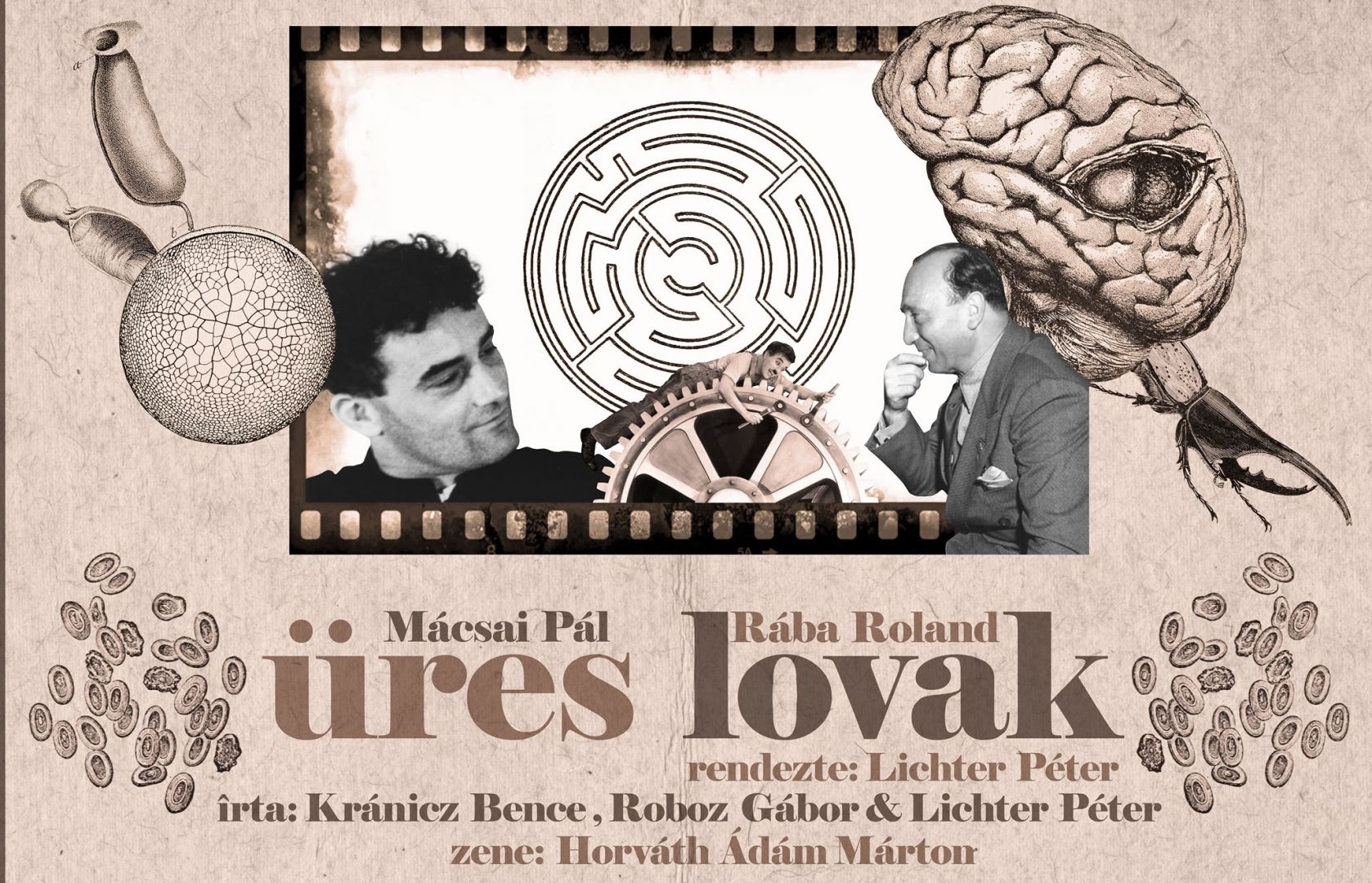 The film tells a satirical story of a post-death encounter between two film directors, Kertész Mihály and Bódy Gábor. In the so-called found footage genre, the talks of ghosts formed by Mácsai Pál and Rába Roland are accompanied by an associative collage of old Hollywood classics and authors and avant-garde creations.

Discussion following the film is led by Kalmár György and Győri Zsolt.

The guest of the roundtable discussion following the film in Hungarian is Lichter Péter.