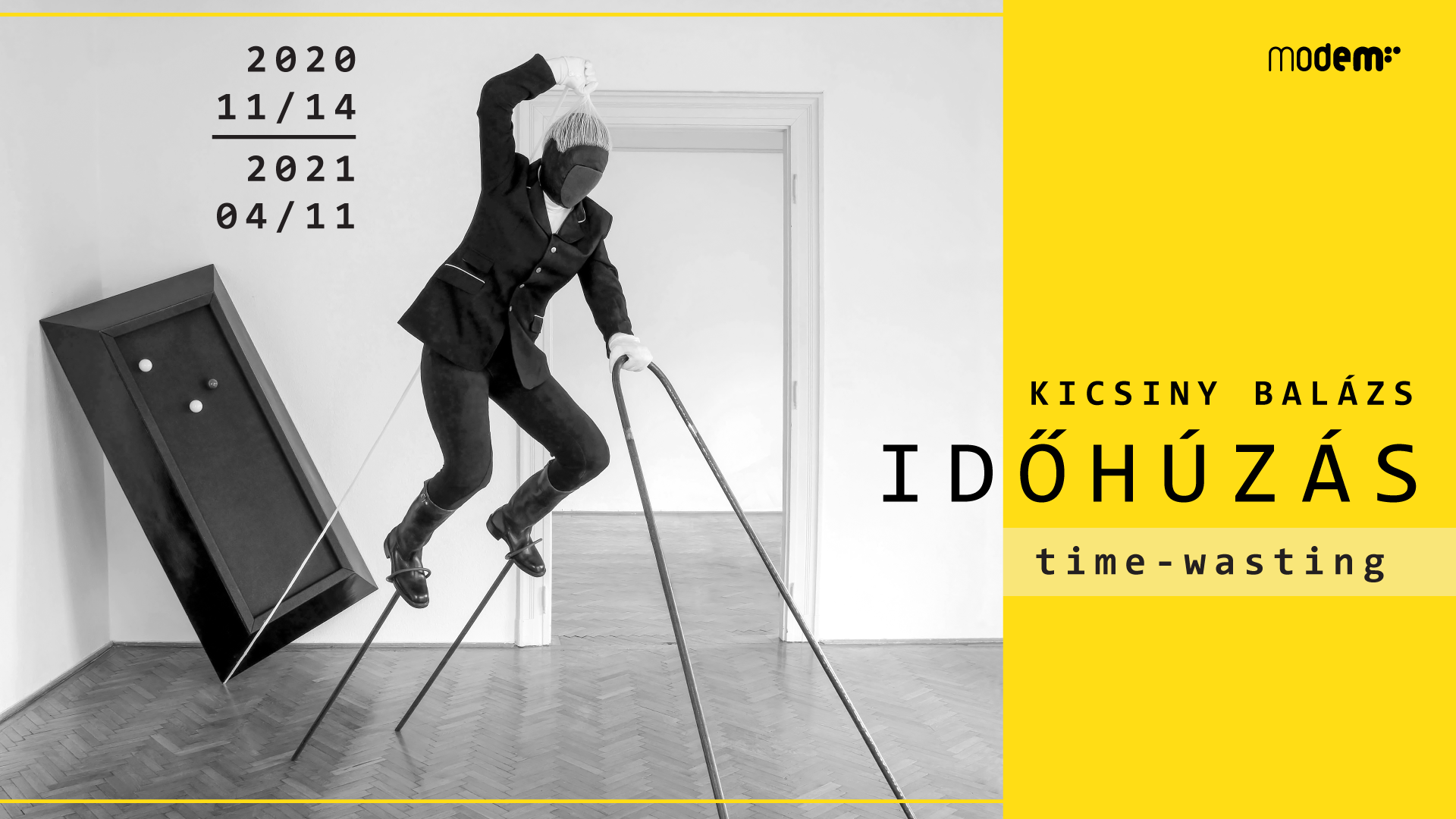 Balázs Kicsiny’s constant play between tragedy and comedy saved him from the monotonous unquestionability and one-dimensionality of linear (life) paths. Taking a step back from reality, he finds tranquillity in his self-created, burlesque situations and in the unique inner world of the furtive figures in his artworks. Not for a single minute, however, has he ever diverted his observant gaze from the world outside.

Balázs Kicsiny has always been spurred into action by the desire for intellectualliberation and by the traversal of borders. Absurdity and the juxtaposition of incongruities are the most fundamental starting points in his works. He transposes stories from their original time and context, takes situations and events from scattered places, and interweaves them on new surfaces. First he breaks the narratives down into their basic components, then he distorts, reshapes, multiplies and mixes these fragments to invent original situations. From his observations of the world, he takes certain elements from reality, absorbs and processes them, and reassembles them into improbable creations, which he then reintroduces into the real world in a radically different form, place and time. This is a process of constant transformation, complex and diverse,and always results in polyphonic art, so that all of Balázs Kicsiny’s works could be read and interpreted in a multitude of ways.

The most important point of departure, which is the foundation of every single work of his, is an “anthropoid template”. The human body, as a form, is a melting pot of disparate parts, an “assemblage” of physical, mental and intellectual components. Kicsiny remodels and adapts these basic template figures, and dresses them up in different ways, instilling ever different content and meaning into them: a burlesque conglomeration of biographical, literary, historical, art historical, film historical, and philosophical elements.

Balázs Kicsiny’s figures are timeless and ageless. We cannot tell how old they are, where or when they were born, where they have travelled, which regions they have called home. They display no emotion, for they have no face and no gaze, and their postures are reduced to extremes. The figures are unknowable, free from all pathos and drama, redolent of the absurdity and solemnity in Buster Keaton’s world. The aim is for the viewer not to see another person, but to sense a being, an embodiment of “something”: a human situation, a problem, a concept, a thought, a sentiment, a life circumstance that the beholder can relate to. Kicsiny’s beings are concepts concealed as figures, objectivised sensations. There is always a chasm, however, that separates the viewer from the anthropomorphous being. It is important that all of Balázs Kicsiny’s beings are humanesque, so that viewers may feel that they too could do what the beings in front of them are doing, although actually they could not, because the beings are just pretending to do what they are doing, without moving at all. In every case, what we are presented with is the conflict between action and the inability to act (the compulsion to act). In every case, the works are about existence (possibilities of existence), not about the figures, not about people. Figures and people simply pass through (lead us through) the situations of different ages.

(excerpt from the catalogue written by Kinga Bódi, the curator of Time-wasting)