An open competition titled “Is it possible to consider a fresco as a contemporary work of art?” was announced in November 2016 to fill the white cube rooms of the MODEM. In the course of the announcement – directly, indirectly or even through the prospective compositions – it was raised the question whether there are any reasons for the existence of the contemporary painting in fresco in the 21st century or not. Furthermore, how it is possible to fill the rooms devoid of narratives by the use of a former technique with loose links between creations and creators. And last but not least we were – and we are still – seeking for the answer if there are any creative and receptive claims to all these things.

Altogether 50 pieces of work were received for this particular announcement from all over the country and even beyond the border.

The jury – Golda János Ybl-awarded architect, Kónya Ábel chief curator of MODEM, and Szurcsik József Munkácsy-awarded artist – selected 10 pieces of work, which were started to paint onto the walls of the white cube rooms of the MODEM on 10th January by their designers.

Therefore, nearly 250 square metres of wall surface became filled up with visual narratives. The artists came from different places – Boston, Budapest or Záhony – to the MODEM, where they painted “contemporary frescos” onto 5, 6, 7, or 8 metres wide and 3.6 metres high wall surfaces that linked on to the issue of sacredness with a wide variety of titles from the “Birth in Újkert” to “Jesus’ Entry”. 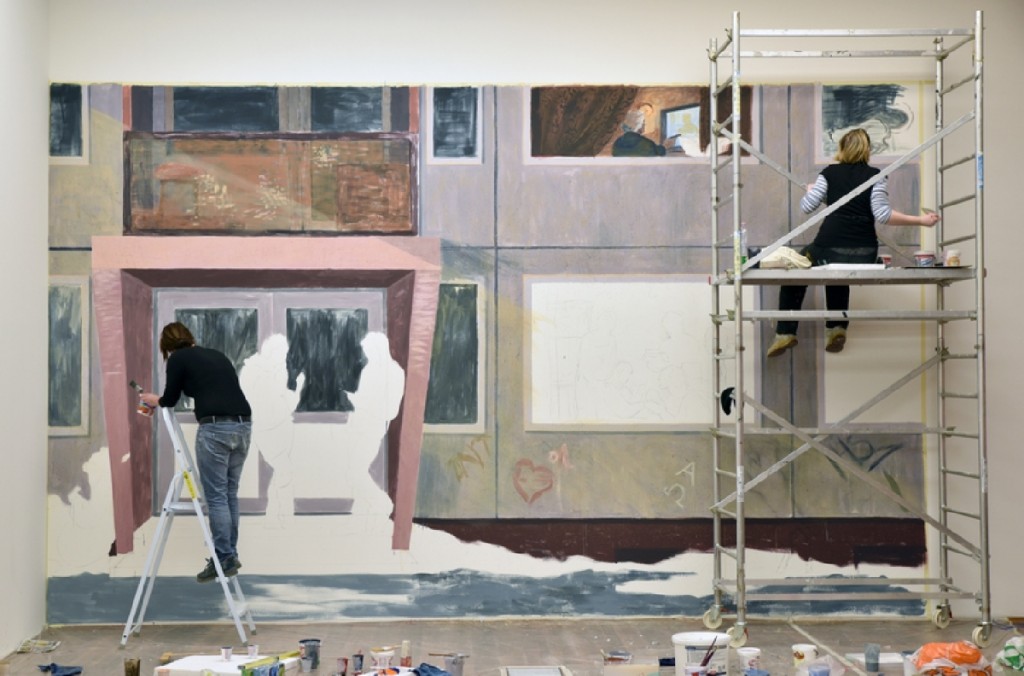 In this case, the agent means the white plasterboard walls of the exhibition space, thus, the word “fresco” should be interpreted in a colloquial sense. Actually, the artists worked with quick-drying materials and made seccos whose atmospheres linked with the spiritual and psychic legacy of the Christian culture.

The exhibition was opened to the public on 21st January. After closing we are going to prepare the walls for the next exhibition, thus, the works – of which professional photo documentary is taken – are intended to be preserved for posterity in photographs. 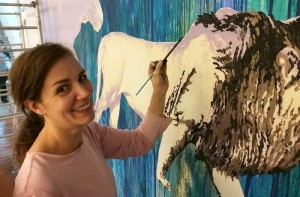 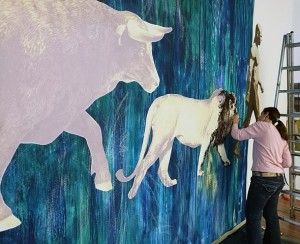 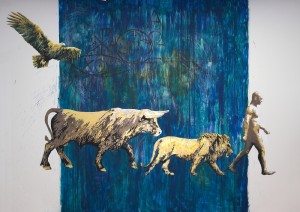 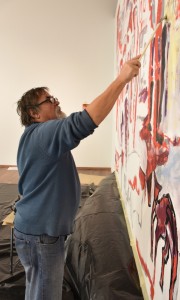 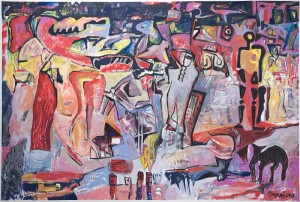 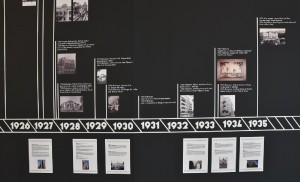 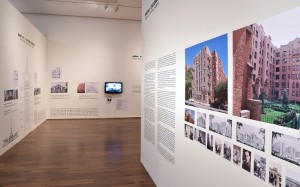 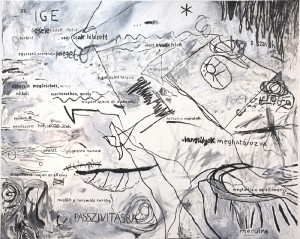 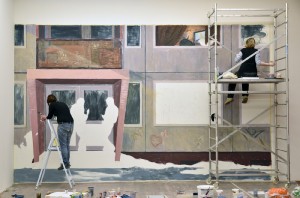 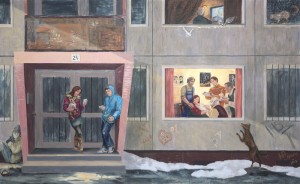 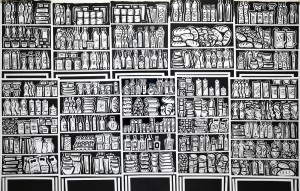 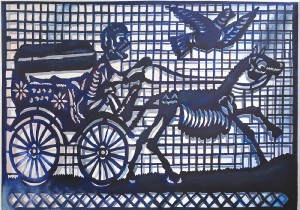 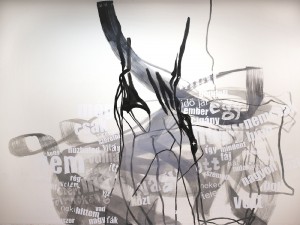 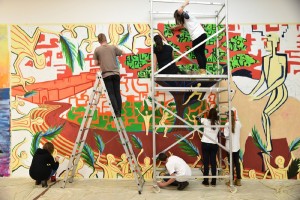 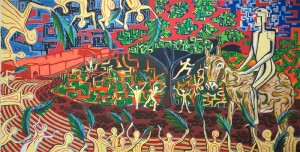 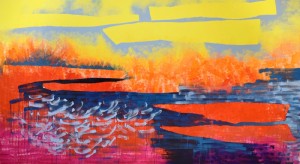 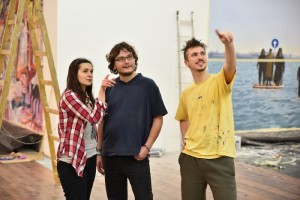 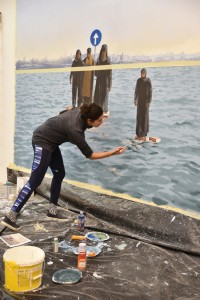 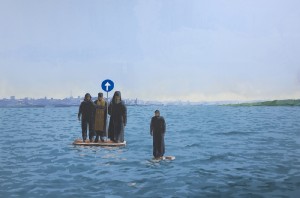 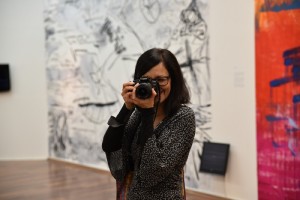 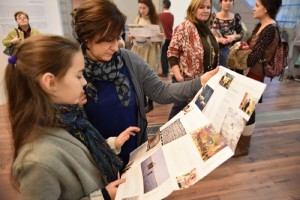 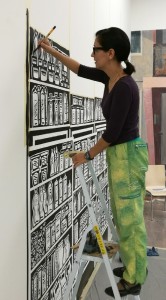 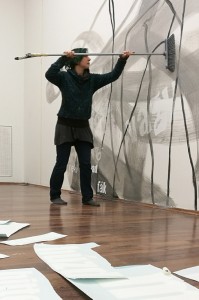