One of the highlights of 2019 at the MODEM Centre for Modern and Contemporary Art. 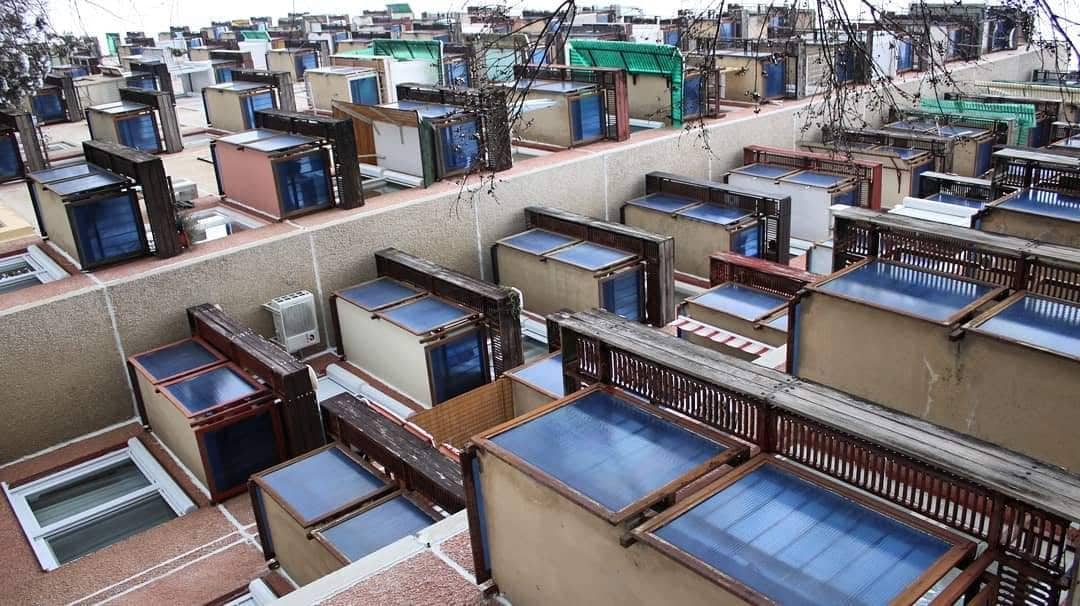 PANEL examines mainly the housing estates of Debrecen and the surrounding region built with “panel” technology using interdisciplinary methods, the means of science, architecture and art and by actively addressing the inhabitants of Debrecen. Our main question is to what extent the blocks of flats significantly defining the cityscape image of the former Eastern Bloc till the present day (in Hungary nearly 788 thousand flats can be found in “panel” blocks of flats, in which one fifth of the population live) influence our society, community and the individual being, moreover, our perception and way of thinking – what is the colour, smell and touch of the “panel” like? Does housing estate/”panel” identity exist, and does the concept PANELITY exist?

Our exhibition wants to unveil the particularities contemporarily, the genealogy of the housing estates with particular attention to the panel construction, examining how, in what way, as a response to what kind of demand did the panel types and standard panels evolve. To what extent are the panels of the countries of the former Eastern Bloc similar and in which elements do they differ from the western-type panels or Le Corbusier’s Unit Habitation.

Besides the exploration of the external patterns and the observation, our goal is the presentation of the human scale, internalized viewpoint, the phenomenology of panel-existence. We show through interviews, sociological researches, and contemporary artworks what is life like in the panel and if particular forms of behaviour and movement have come into being?

The panel house that is the block of flats built of precast reinforced concrete pieces has a defining aesthetics, but how does the structure form the internal living spaces? To what extent can a panel flat be unique, varied? What unique characteristics appear in the standardized environment? And how does the housing estate itself appear in various works of art. Panel has become not only our home but also a motif, not only in public artworks.

The housing estates were born in the largest scale in consequence of and along the storms and ideologies of the 20th century. We can find housing estates all over the world, independently from the political-economic system and its level of development, but their significance and their role in the total number of dwellings is far from being the same in the different regions and countries of certain continents. While in Europe nearly 176 million people live in more than 55 million flats in housing estates, in Hungary nearly 788 thousand flats are in housing estates, and one-fifth of the population live in them. Housing estates were the most widespread in the countries of the former Eastern Bloc, almost exclusively there were built monstrous housing-estates with more than 10 000 flats. Have these incredible scale housing estate utopias fulfilled the ideas hoped for at time of their designing? Have they not rather become their own dystopias?

And not less importantly, what will happen to the housing estates? Is it worth at all spending time, money and energy on saving them? Considering the involvement of the inhabitants on such a large scale, it is a particularly exciting question that what can be the future of the housing estates and the panel like?