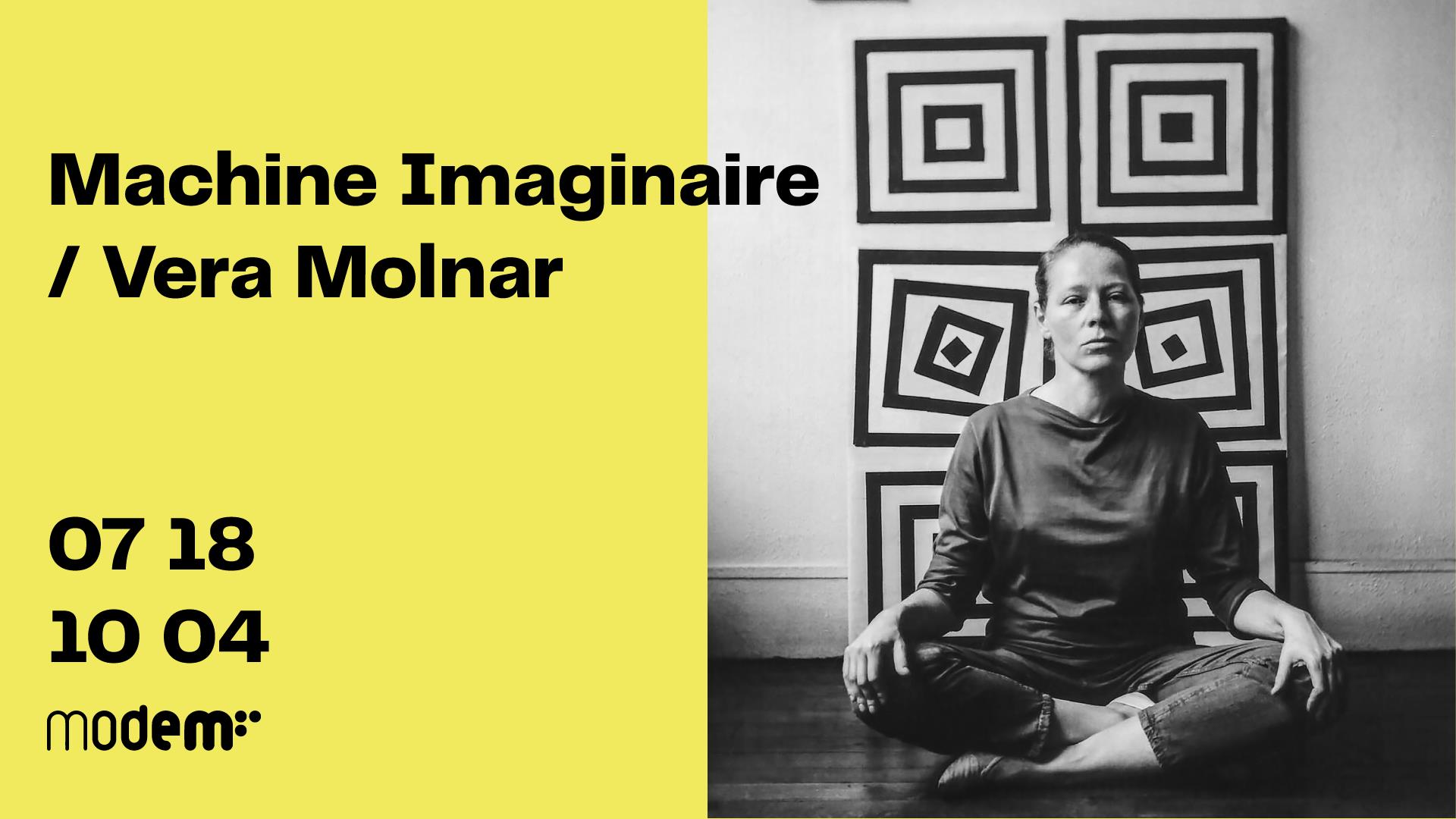 This Hungarian fine artist living in Paris for more than 70 years is the pioneer of computer art who is also capable of creating human-centred works that reflect the personality and imagination of the creator using an impersonal machine (a computer). The forever experimenting, relentless Vera Molnár, by elaborating the idea of the machine imaginaire, also laid the foundations for algorithmic artwork based on aesthetic principles: she defined a machine which works and generates artworks according to the programme based on given rules. The decision, however, as in all creative processes, is up to the artist, so it is as much a part of the creation as the setting up of the algorithm.

Vera Molnár was born in 1924 in Budapest, yet it was from France that she became known to the world. Although she studied under IstvánSzőnyi at the Hungarian College of Fine Arts between 1942 and 1947  – where she got acquainted with Ferenc Fiedler, JuditReigl, MártaPán and Simon Hantai, whom she would meet again later in Paris –  since ’47 she has been living and working in Paris. For a long time she worked in silence, indifferently. She was fifty-two years old when in 1976 she organized her first solo exhibition at the Polytechnic of Central London from works of hers categorized as geometric abstraction but that actually went beyond that. For Vera Molnár’s art is especially unique, it diverged from the main directions that concrete art was taking during that era; her visual thinking is mainly algorithmic: mathematics, playfulness and coincidence came to play an important role in her artworks. She and her husband, François Molnar, elaborated an autonomous system together, a system which is rooted in the close relationship between modern science and art, and which from many aspects foretold the artistic and technological developments of the decade. Following her solo exhibition in London, Vera Molnár gradually attracted more and more attention, and she has participated in numerous solo and group exhibitions up to the present day. Today she is known as the originator of computer art, its extraordinarily influential artist. She has played a ground-breaking role in generative art, in linking structure and coincidence, as well as in the authentic clarification of her aesthetic role.

The exhibition on display at MODEM touches upon all the stages of her oeuvre, based on a particular curatorial organizing principle. For the Vera Molnár oeuvre this time builds on the decades-long collections and focus of Hungarian private collectors, presenting in a space of a thousand square meters the work of a world-renowned artist who to this day is considered one of the greatest contemporary artists in Hungary.