The exhibition makes a selection from the works of those young Hungarian artists who have graduated in the last five years in some higher education art course. The exhibition is not a mere report about the actual activity of a generation of artists, but it also gives an insight into the experience of starting a career in the artistic field. 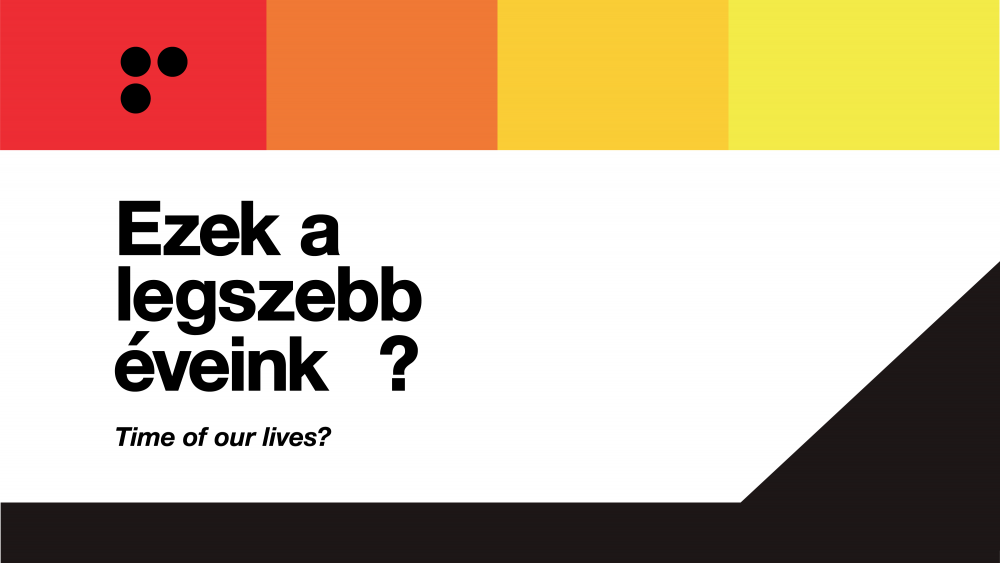 Although the idea of the generational exhibition might seem unusual for the first time, it can be explained by the gap that the youngest artist generations – according to the experience of almost a decade by now – can be seen in the important contemporary artistic institutions only on rare occasions, and even then mainly only at the exhibitions organised for demonstrating the results of the grants drawn up especially for them. The above mentioned grants normally define young artists as those who are under thirty-five, while in the case of the Time of our lives? the organising principle is a five-year time span after graduation. Among the artists whose works are on display there are some who already work in the Hungarian art education as instructors. We can see the same variety concerning their career ways: there are some who are only trying to get a foothold in the world of galleries, museums, and grants, but many of them already have international exhibition experiences as well.

Beyond the artworks, the exhibition is completed by an associational group of objects having the experience of career starting as the fundamental idea. This collection consists of such objects, music, videos, and film experts, which marks the best of their career-starting periods for the exhibitors. The aim of the collection was to give early career artists the possibility to tell us how they see their own situation (instead of curators declaring statements about this period). The objects that appear in this space are definitely not considered as artworks, but rather as the objectified encyclopaedia of career starting.

To equilibrate the subjectivity of the selection, a short animation based on data objectively summarises the opportunities given to emerging artists in the past five years on different levels in the contemporary Hungarian art system.