The title of the exhibition refers to the phrase „I certify for family reasons that my child...” written in school report books, which goes back several decades. 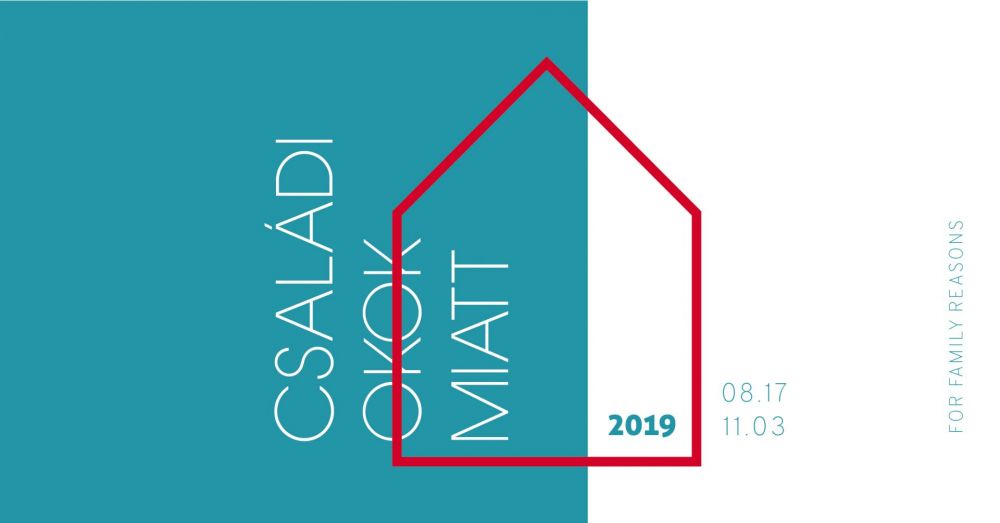 In the overwhelming majority of cases, teachers do not ask what reason is behind the idiomatic expression. The exhibition attempts to show some of these possible reasons.

People’s relationships with themselves and the world are fundamentally determined by their family environment, the relationships with their family members and – in many cases – their genealogy as well. In the last few years, the concept of family has reappeared prominently in many parts of the world; anyone can relate to the question because of their memories, feelings, stories, experiences, or the lack of all these. The definition of the family and its political interpretation are constantly present in the background of public debates in Hungary as well. The exhibition called For Family Reasons attempts to break out of the narrow context of the contemporary visual art and start a discussion with people who are open to it.

The exhibition consists of four units. The first unit examines the changes in the construction of the family in the Hungarian society from the perspective of social history and psychology from the middle of the 19th century to this day. The pair of social and personal viewpoints accompanies the whole exhibition in the form of word bubbles that appear by each and every artwork, fitting them into a collective coordinate system. The subject of domestic violence, which is regarded as social taboo, appears in the same space as well.

The second unit focuses on poems by contemporary poets. Contemporary Hungarian literature was an important inspiration for the conception of the exhibition, since the motif of the family has been prominently presented in many oeuvres for decades. Six artists from different disciplines of art were invited to select a poem from a list drawn up by literary scholars and the curator, and taking it as a starting point create an individual work, which is emphatically not a mere illustration.

In the third unit, there are works definitely created for this current exhibition by contemporary artists, who have already dealt with family issues during their career. The focus was on the relationships with grandparents and fathers, through which subjects such as mourning, love, respect, remembrance, and inheritance become unfolded.

In the final unit, the result of a workshop series lasting more than half a year is on view. Under the guidance of Pettendi-Szabó Péter, eight people, who are related to Debrecen in different ways, present stories through their own family photos whose meanings are interpretable for others as well, beyond the immediate family.

The “Violence in the Family” unit is designed by Balla Csönge.

The related workshop series is facilitated by Pettendi-Szabó Péter.